Knights of The Order of St. Anthony

Founded by The Duke of Bavaria in 1382 (without Papal Authority), The Order was primarily used to protect the Bavarian Frontiers against Turkish incursions. They only allowed Noble enlistment. Although Catholic, they followed no specific Rule. They did garrison some fortifications on the Frontier for a period of time (but it is unclear if they ever actually engaged The Turks). They word regular clothes, but were identified by a Gold collar with The Order's Blue Cross, a Hermit's Girdle and a small bell (why is unclear). The Order disappears in the 15th Century, but reappears in the 19[sup]th[/sup] Century as a Chivalric Patriotic Order. 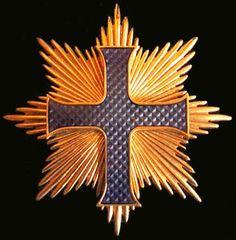