Klaus Stortebeker was born in 1360, in Wismar (today Germany), of The Hanseatic League. As a Baltic Sea Port, Klaus grew up around The Sea and those who plied it. It was no great jump in imagination then, to see that Piracy was a means to quick and relatively ''easy'' money. So Klaus would gather ''like minded'' men and form a ruthless consortium known Regionally as The Victual Brothers. Klaus raided in The Baltic so effectively that an entire Fleet from The City of Hamburg was dispatched to rid Him off The Seas. Eventually captured, Stortebeker and 70 odd Pirates were executed – by decapitation. Which lead to another ''Legend''. Klaus' ''head'' was preserved and His Skull would serve centuries later as a reconstructive tool to ''create'' His purported likeness......The face of a Medieval Pirate. 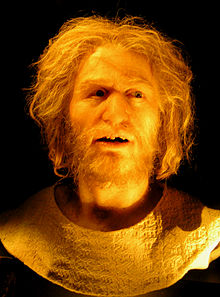