King Henry VIII of 16th Century England is well known to most of The World. While most focus on his rather ''colorful personal'' life, most forget that he revolutionized much of late Medieval England with regards to the advances of technology, especially those of Military Science. Henry was a great supporter of many weapons designs and tactics that would eventually become a matter of general usage with many later National Armies.

Henry liked innovations. One of his personal favorites was his aptly named ''Walking Stick''. This was not a traditional ''Gentleman's Accountrement'', but a well apportioned weapon. The ''Stick'' was a 4-foot long wooden ''Bat'' which featured an iron sleeve at the top. This sleeve ''sported'' long extensions or spikes. The very top also featured a 4-inch sharpened iron spike.

While we have just described The Morning Star Mace, Henry's featured a unique surprise. The top also opened to reveal a series of (4) hidden gun barrels (roughly .30 Caliber). “Firing'' would be achieved by applying a slow Match to a rear vent (igniting a charge of blackpowder which fired all 4 lead balls).

It is unclear if Henry ever really used ''The Stick'', but it does feature into a story which is as much ''Urban Legend'' as it is historical ''fact''. Henry had the habit of disguising himself (ala Shakespeare's ''Henry V''). He would walk the Streets of London at late night with his rather imposing ''Stick''. His goal was to see if his City's Watchmen were indeed performing their duties of ''Watch and Warn''.

On one occasion, The King was stopped by two Watchmen, who were attracted to this ''stranger'' with his ''deadly weapon''. Arresting him, he was placed in Jail. In the Morning, the Watchmen ''discovered'' their ''Charge'' was actually their ''Liege''. Terrified that their ''heads were in question'', Henry was not upset. Rather, he rewarded both with ''lavish gifts and monies'' for their performance of duty.

While the above ''tale'' may not have happened, Henry's imposing ''Stick'' did survive the Centuries and can be seen on display in England's Tower of London – even today. 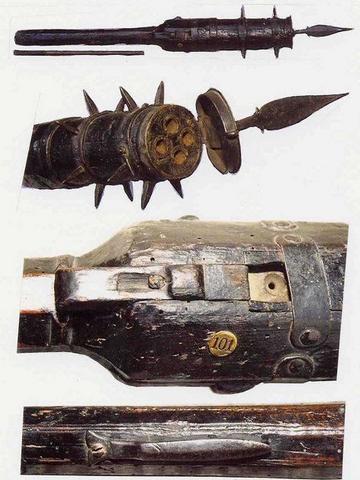