Although developed among the Central Asian Turks, the Kilji became popular as a Middle Eastern weapon - starting in the 9th Century. The name literally means "to kill". Designed for cavalry, the Kilji was slightly less curved that the Scimitar and had a flatter, longer blade. Mostly made single edged. The injuries were horrific. Roughly at 33 inches, the blade was made of steel. The design would be made popular with many 18th and 19th Century European cavalry units. 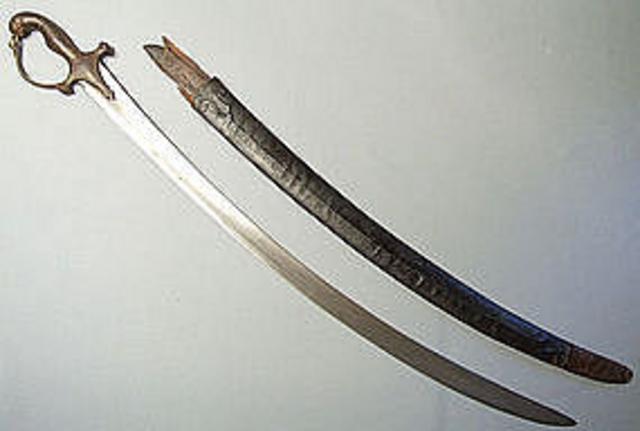