The Khakkhara was a common Device carried by many Buddhist Monks throughout The Far East – to include China, Korea and Japan. Traced back to roughly the 3rd Century BC forward, these ‘’Monks Staffs’’ were made of wood with pewter, copper or silver tops. Arranged into wired lattices, small bells or other decorations were added. The overall purpose was to ‘’make noise’’ when a Monk was walking. Often, Monks were in a Vow of Silence and could not so announce Their ‘’comings and goings’’. When the ’’jingling’’ was heard, One knew instantly that a Monk was present. The Khakkhara was also said to ward off animals, such as snakes etc. and also served as a defensive weapon (Staff), when a Monk needed to protect themselves. Some Khakkhara were solely for ceremonial usage, carried only by heads of Orders, as could be found in Korean and Japan, Those that have survived the Centuries are often revered as Holy Relics by surviving Buddhist Orders. 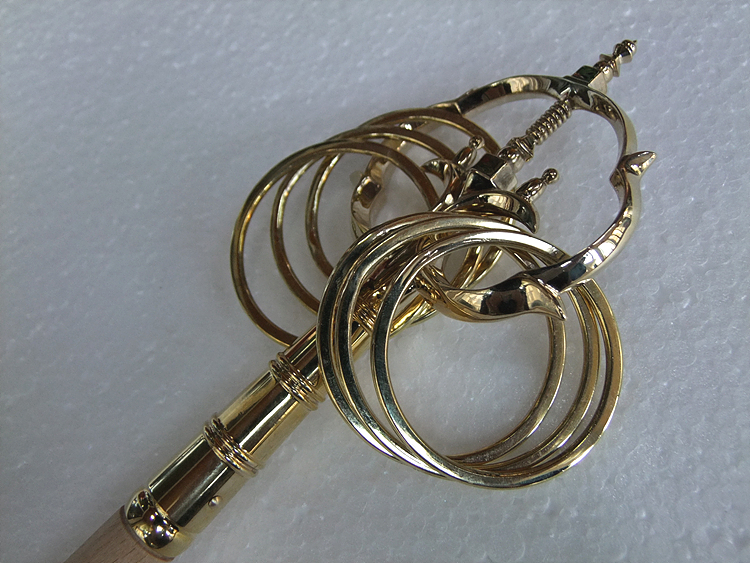