The Norse Karve was best described as a smaller version of The Longship. A Coastal Vessel, The Karve could still be used for Ocean going trips. They were in use between the 7th and 10th Centuries. Made of wood, they carried Cargo and Passengers. Due to their shallow draught, they were ideal for their Coastal Ferrying duties and could also could be used to traverse the Fjords. The Karve was similar to previously discussed Knarr Ships. Unlike them, they were not used as War or Attack Ships. Karve Ships were typically 50 to 78-feet long. They also featured a much taller Beam (height). This was also typically at 17-feet. The Karve used both single Sail and Oar. It took 16 such Oars for movement . Due to their robust nature, The Karve design was adopted by many Coastal Nations and Kingdoms for many Centuries. 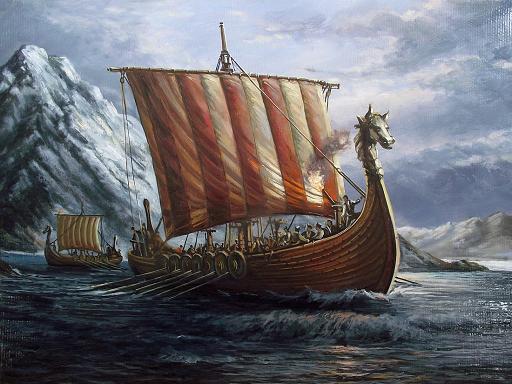