The legal precedent known as ''Jus Naufragii'' was a Medieval concept relating to Naval salvage Rights. First enacted in the 12th century AD, The procedure called for that – if a Ship were to be wrecked and beach on The Coast of a Country or Kingdom, the local inhabitants had the right to retain ownership of all recovered property. Regardless IF The Ship Owner filed for possession. Naturally, this led to many ''threats of War'' between Nations.

Seen as a possible first example of (later) International Maritime Law – some Historians cite that ''Jus Naufragii'' was in actually an 8th Century AD Roman Law (that carried over through the so called ''Dark Ages''). As such, some traditions were simply ''added to'' The Law. In particular, any survivors of such a wreck were afford their freedom (if they were slaves) and as with Freemen – allowed to leave with any property that they could prove was theirs.

With the establishment of Maritime Courts and Laws agreed to by all Seafaring Nations, much of ''Jus Naugfragii'' was modified in favor of The Owners of The Wreck. It should be noted, that the piratical self-employed Groups known as ''The Wreckers'', saw ''no never mind'' in The Law (as they ''kept'' any found wreckage – even causing a few in the process). Officially, ''Jus Naufragii'' was abolished in 1681. 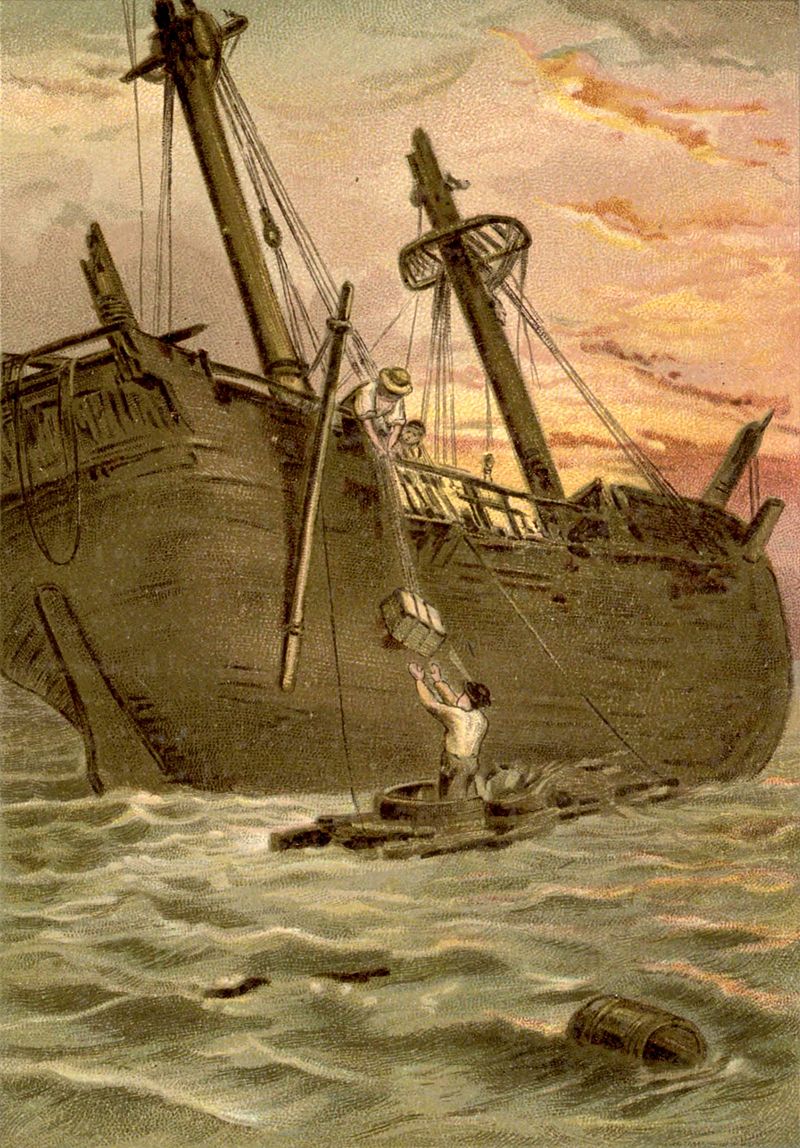