Josephine Airey would perhaps have never been ''heard of'' – save for Her ''creation'' of what would later become ''Burlesque''. The Irish-American Lass was born in 1844 Ireland, immigrating to The United States with her Family in 1858. They ''landed'' in the relatively harsh and criminally infested New York City. And while all in Her Family sought and held any employment they could, Josephine found the dreary and menial life of a Washerwomen too dull. She left her Family and headed for Chicago in 1867 – taking on the unsavory employment of a Prostitute. Irregardless, Josephine would met, fall in love with and marry a well known landowner named James Hensley – nicknamed ''Chicago Joe'' (for His ability to acquire lands that no one else could).

Josephine, with Her Husbands financial backing, began to open up Brothels. Prostitution – while frowned upon was then seen as a legal business venture – especially within the confines of a Brothel. What Josie offered was the ''chance'' for Men to ''dance'' with ''scantily clad women'' for a set price. IF anything else ''happened'' it was seen as more ''money for the coffers''.

Josie's business plan was a hit. She opened many such ''Dancing Brothels'' all over Chicago. Then the idea hit Her. ''What if such a business were to open in the many Gold and Silver Towns sprouting up in the West?'' The Idea would be realized – soon. Josie spred out to Montana Territory and established the first named ''Hurdy Gurdy House''. It was an immediate hit with Customers.

However, Josie ran afoul of a ''recent'' legal entanglement. While Prostitution was in fact legal, the importation of female employees across State and Territorial Lines was not. Josie was arrested many times for this offense (as Josie only brought in the ''very best'' in Adult Entertainment). She never spent a day in jail and often ''brought off'' local Law Enforcement.

In 1885 Laws were changed to include ''Hurdy Gurdy Houses'' as being ''immoral and illegal''. This served as an end to Josie and Her operating ''above board''. But Her idea of a place where Men could go to see Women dance in scantily clad clothing would take off – going from the Wild West Territory of Montana to the more ''modern'' takes on the entertainment style known today as The ''Strip Club''. Josie would die in 1899, a rather wealthy and still notorious Lady to American Western History. 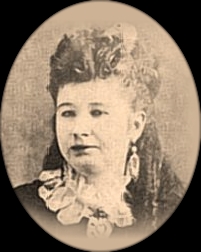