Joseph Alfred Slade (aka ''Jack Slade'') was a little know American Western ''Gunslinger'' (Fighter), who earned His reputation quite by accident. Born in Illinois (US) in 1831, as a young man, Slade fought in The Mexican War of the 1847. In the 1850s, Slade served as Frieghtmaster for The Overland Stage Agency, which was greatly responsible for helping to ''settle'' the early Western Migration from The East Coast. Slade would later serve with The ''Pony Express'', developing more ''safer routes'' for The Agencies Riders to take. Slade was responsible for maintaining a constant line of communication between California and Washington DC during The American Civil War of the 1860s. Jack's reputation as a Gunfighter was extremely by accident. It was during an attempted robbery of The Overland Stage, that He quickly and effectively shot the robber dead. The ''tale'' of His ''speed spread quickly.

It's unclear of if Jack capitalized on His ''new found fame'' – but records point to that He did. He formed a group of Enforcers – originally hired to protect The Stage Lines in His area of control. In reality, this ''group'' was more of a ''gang'', than pseudo-law enforcement. The group often used ''heavy handed tactics'' to get ''what they wanted''. Jack also developed an alcohol problem around 1862. His drinking led to several more shoot outs. However, when He went on a drunken rampage in Virginia City, Montana – resulting in several deaths, He was lynched (hung) in 1864. 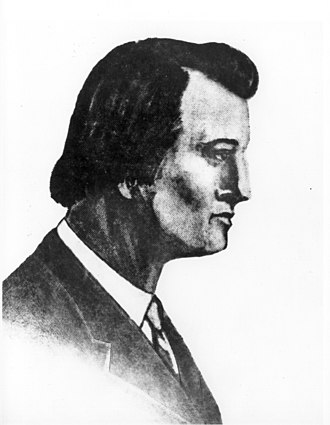