Born in 1666 (in England), John Quelch had a short but “lucrative” career. He is somewhat famous for being the only “Pirate” tried by an Admiralty Court outside of England (invoking the recently passed “Piracy Act”). Captain of The “Charles” (a Brig), Quelch took on an English Merchant ship first off and netted himself $10,000 in Silver! Captured while attempting to take a Spanish ship, his crew was turned over to English Authorities (for transport to Boston for trial). Tried and sentenced in just a few days of making Port, Quelch was hung with his crew. Their bodies were later dumped into the Sea (at high tide). 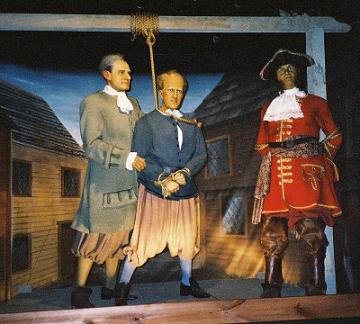