Made infamous as an identifier by Nazi Germany for all Persons of Jewish descent. The Jewish Badge had evolved very little from it’s early Medieval development and implementation. Jews were very much a distrusted and often disliked Peoples in The Middle Ages. Most of this was related to Christian religious propaganda that placed all Jews as not only the “Assassins” of Christ, but the downfall of Civilization as a whole. Such primitive and hateful ideas were very much the norm.

Due to their particular placement in Medieval Society, Jews were often segregated in specific Neighborhood or Wards – known as “Ghettos”. They lived and carried out their daily activities there. When they interacted with The World at large, they were required to wear symbols by which to be recognized. As has been previously discussed, and early version of this practice was The Jewish Hat. It was possibly in The Middle East, that a cloth badge was devised for Jews to wear on their outermost garments for identification. These were shaped as “The Star of David” (a Star image related to Judaism). No set regulations for their manufacturing was in place until the 14th Century.

By that time, the general image used was a Yellow circular cloth device. The Title of “Jew” along with Region of origin and profession. Fines and imprisonment could result in not wearing it or concealing such. All Jews, regardless of age or sex gad to wear it. Sizes were not regulated, but 3 to 6-Inch established in diameter were known to be used.

With time, most Countries  (especially after The Protestant Reformation), and without firm “guidelines” from The Church – stopped enforcing their use. It would not be until the 1930s and their revival by The German Nazi’s, that The Jewish Badge would reappear. Today, they are seen as the ultimate in intolerance and hatred towards a Peoples. 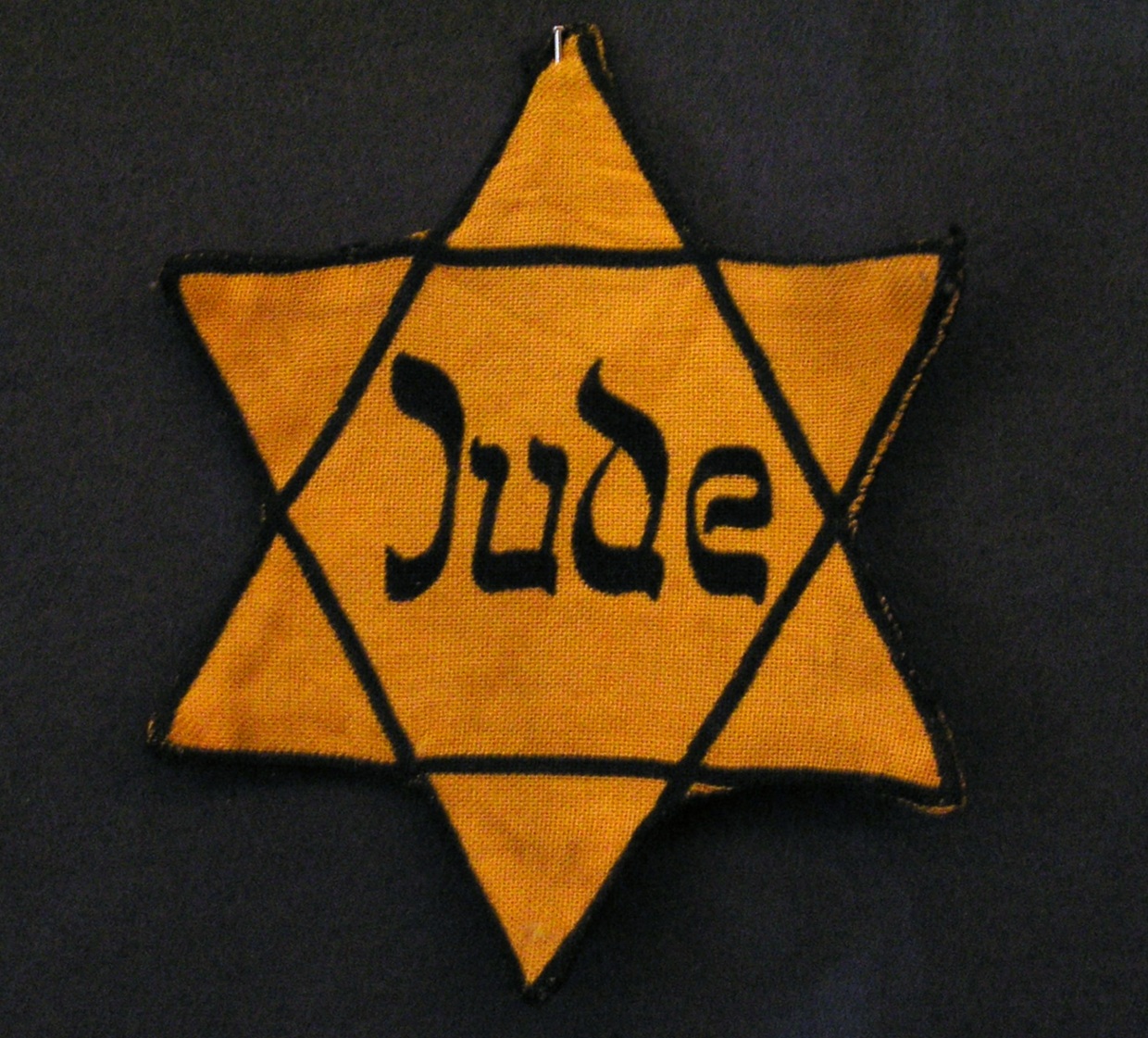