The American West is full of Legend and Myth about just about every place and every person it seems. Possibly no class illicits as much of both that the previously discussed ''Mountain Man''. As se have seen, these were hearty and robust people who shunned the trappings of civilization for a more simpler and often more dangerous lifestyle, totally self-reliant and extremely hermit-like. In fact, the average ''Mountain Man'' rarely saw another (even of His own ''kind'') for months if not years. But of all the legendary name of these men, one that stands out most (for some), was John ''Jeremiah'' Johnson.

Born in New Jersey in 1824 (with very little known of His ''home life''), Johnson was born to be an adventurer. He would join The US Navy at the start of The Mexican War as a Sailor. But Johnson was said to have an intense disdain for overbearing men. When an Officer tried to break Johnson's will, He struck Him. Thrown into chains, Johnson was able to escape before trial. He deserted. He began to use His middle name of Jeremiah and headed West – towards California.

Johnson did all things to earn money. He was a Gold Miner, Trader, Hunter and Scout. It ws His exposure to the Great Plains and Rocky Mountains that hooked Him. He took up the life of a self-sufficient Mountain Man. Johnson not only lived in the desolate regions of The Northwest Central Rockies, He found many paths and thruways. Johnson also fell in love with the Native American way of life. One that was in full partnership with Nature. He even married, a Flathead Tribal woman. But The Flatheads had a ''blood enemy'', that of The Crow. When Johnson's wife was murdered by a Crow War Party (Warriors), He swore ''ultimate'' revenge. And in this Johnson's legend grew.

Johnson tracked down any Crow Warriors out in the region for a two year period. Not only did He set elaborate traps for them, after killing them, Johnson would scalp them. Then, as legend states – He would carve out their liver.....and eat it! According to Crow beliefs – the liver was the seat of the soul of a man. If damaged, The Warrior would not be able to enter into a ''peaceful afterlife''. Over 300 victims were taken and consumed by Johnson (or so the Crow said). The very name of Johnson and His ''exploits'' would also become known to those in The East. Johnson was renamed by some as ''Liver Eating'' Johnson. Just what is true and what is fiction (or Crow propaganda), is unclear. But for nearly 15 years, Johnson was seen as a scourge to not only The Crow, but other Tribes.

1864 (the last year of The American Civil War), Johnson would go back to a form of ''civilization''. He joined the 3rd Colorado Cavalry (US Army), and served on The Frontier. His trade was Cavalry Scout. Most in the command had heard of Johnson before. Still, He never rose above the rank of Private. After The War, Johnson would relocate to The Montana Territory. He was hired as a Deputy Sheriff in Coulson and later full Marshal in Red Lodge. In His later years, Johnson served as a Broker worth reputable Guides across The West for Settlers.

In His final years, based on His service with The 3rd Colorado, Johnson moved to a Veteran's Home in Santa Monica, California. Still well known, He would die in 1900 at the age of 75. Buried in California, it was many years later (in 1974), that a group of School children and Teachers lobbied The Federal Government to move Johnson's body to Cody, Wyoming (a place Johnson hunted regularly). The Government agreed and moved His grave to Cody, upon which was erected a massive equestrian statute of Johnson ''pointing West''.Many books, films and televisions shows have been made of (or based in part) – on Johnson's life. The vast majority are in no way or form anything near to His real life. But these ''works'' propelled Jeremiah Johnson into the realm of Western Mythology – far more effectively than His ''real life''. 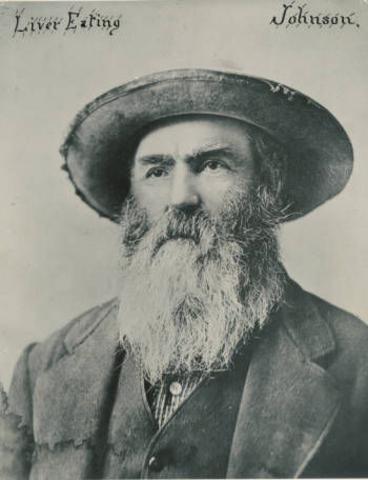