A French Naval Officer and Privateer by Marque with The (then) American Colonies, Jean de Vence was born in Marseille, France in 1747. Son of a Middle Class Merchant, Jean loved The Sea and served as a young man with French Merchant Ships before joining The Royal; French Navy. His skill and dedication quickly earned him attention and promotion to Captain of The Warship ''Protecteur'' (a 74-Gun Man-of-War). He survived the sinking of another vessel in which most of his crew were lost (with he and the survivors almost perishing from disease while awaiting rescue). With France siding with The American Colonies during their War with Britain, de Vence was given Letter of Marque as a Privateer. At the time retired, he nonetheless flew The French Tricolor from his Vessel, The ''Victorie''. His exploits earned him 211 British ships and nearly half of 1 Million Pounds (a very tidy sum in the 18th Century).

During the liberation of The Port of Savannah, Georgia during The War, de Vence led a Privateer flotilla against British defense ships and Port batteries (1777-78). Suffering much damage, de Vence still won the day and took Savannah from The British. During The French Revolution, de Vence (now older) – supported The Republican Cause and commanded several fleets which helped to secure French interests off The African Coast. Lauded a Hero of many Wars, de Vence died at age 61 in 1808. 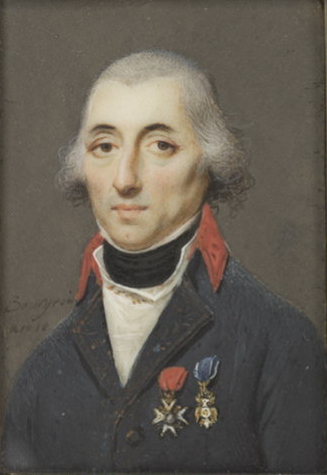