Noted Scientist and Philosopher, Frenchman Jean Buridan was born in 1300. As a teacher, he had a huge following (as did his contemporary William of Ockham). As a “Free Thinker”, Buridan was “honed” at the well known (and Liberal), University of Paris. Best known for this theory of “Free Will and Determination” - this was called “Buridan's Ass”. His statement is that one must place a Donkey (Ass), between two IDENTICAL stacks of hay. The Donkey will starve to death because he does not know WHICH to start eating. In short, one's “Free Will” is based on choice and judgments. Many historians feel that the later “quarrel” with William of Ockham's Students cause them to rename his theory (as an affront). In the 1340s, Buridan went on to study Light and Optics. Many of his works and experiments revolutionized the young Science. In fact, (up to the 17th Century), many of Buridan's documents on optics and light were still being used (and taught). It was around 1358, that the two “former friends” Ockham and Buridan fell out (and it is unclear). Buridan began to lecture that Ockham's principles were “”unsound”. Ockham's “followers” completely discredited him in Paris as a result. In fact, Buridan was “briefly” on the Catholic's Church list of “Forbidden Writers”. Dwindled by his lack of standing in the Academic community of Paris, Buridan died in 1400 (old and almost friendless). 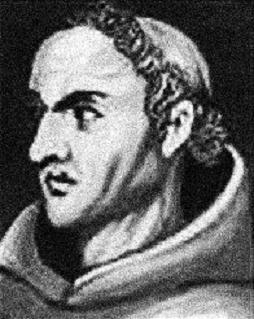