Bart was a French Privateer, born in 1650 (Dunkirk, France). The Son of a career Sailor, he too took to The sea as a career. He contracted himself out young to The Dutch Navy and by the time of The French-Dutch Wars of the early 1670s – Bart ''switched sides'' and served with The French. Due to his ''poor'' or Common birth, he found that he could not attain an Officer Rank. His was skilled and daring, and was thus given command of a Privateer (with Marque). His skill in capturing Dutch Merchants and Warships nonetheless ''earned'' him a Brevet rank of Lieutenant in The French Navy (with approval of King Louis XIV). He and his ship attacked Dutch shipping in The Mediterranean Sea. In 1679, his tactic of breaking a Dutch blockade off Dunkirk earned him the Rank of Captain. By The Nine Year War (1688-1697), Bart had achieved the Rank of Admiral of Privateers.

Captured by The British in 1689, Bart was imprisoned at Plymouth, but managed a daring escape. Legend has him and 20 other French prisoners using a rowboat to cross The English Channel to freedom. Bart was also credited with leading a small landing force in Scotland, where he destroyed several villages and a Castle! With peace, Bart retired from Privateering. Odd for his profession, he was given a Royal Pension and married (having 10 children). He died of Pleurisy in 1702. A statue of Jean Bart can be seen today in The Town of Dunkirk. 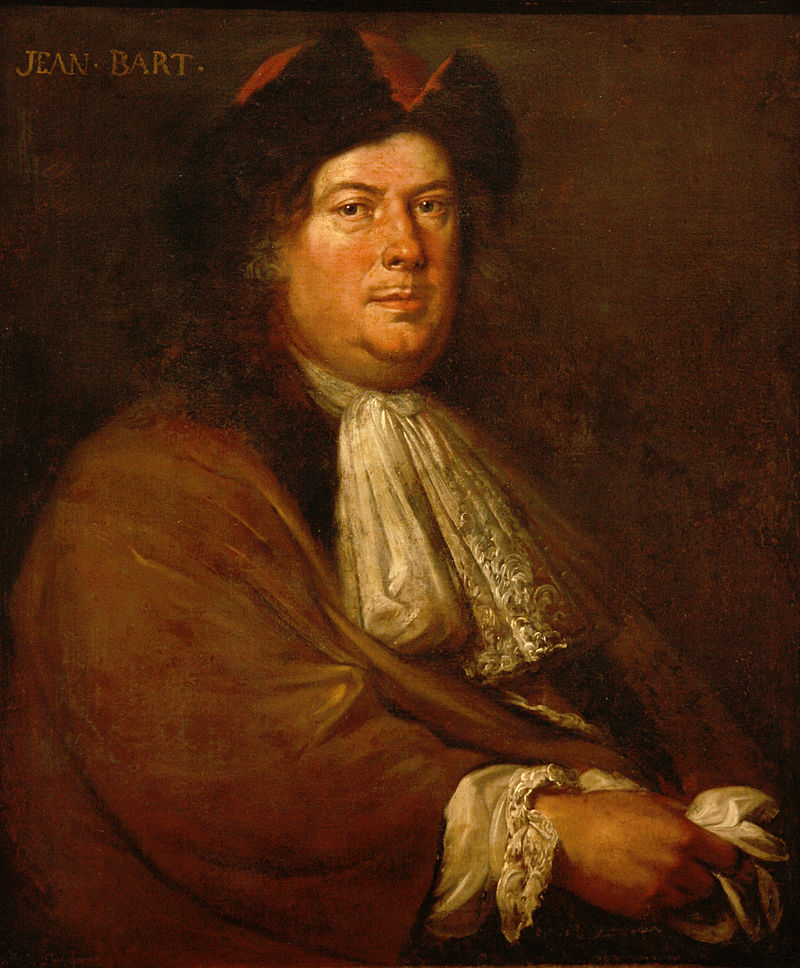