A common component Armor piece seen in The Middle East during the 11th through 14th Centuries, The Jazerant was akin to both Mail and Gambeson protection. Made of cloth or linen, it was a semi long sleeved shirt. Woven inside subsequent layers was Chain Mail. Several “layers” thick, it provided moderately effective protection against slashes (from bladed weapons). Not altogether effective however, against stabbing (or Pole Arms weapons – nonetheless, The Jazerant was the primary issued protective Armor for many Middle Eastern Armies. Later, it was adapted into used with Breastplates and Cuirass types of Armor. A form of The Jazerant was seen in Feudal Japan as well. 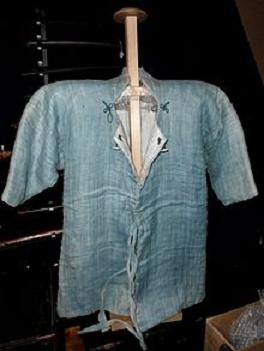