The title of “Jayhawker” was used in Pre-Civil War America, during The “Border Wars” of Kansas, also known as “Bleeding Kansas”. With The Compromise of 1850, The Federal Government wished to avoid a Civil War with The Southern Regions of The Country – and therefore enacted Laws that gave any and all future Territories wishing to become States, the right to choose in being “Slave” or “Free”. The Government would not force nor otherwise coerce them otherwise. As a result, Kansas Territory became a virtual “mini” Civil War. Much of The Territory was settled by Anti-Slavery Supporters. However, Pro-Slavery Settlers too established a presence. It took very little time before murders and wanton destruction followed.

Although the origins are obscure, “Jayhawkers” appeared as early as Colonial America, and was linked to a Thief or someone who steals. However, to Anti-Slavery Supporters, Jayhawkers were Guerilla Fighters, organized and sworn to fight Pro-Slavers. They used “The Sword” rather than The Law. Their nemesis were known as “Border Ruffians”. Most noted for their “Terror Tactics”, one of the most famous Raids was against The City of Lawrence. The Town was considered a “hot bed” of Pro-Slavery, and it was looted and burned several time both before and during The War.

Often operating in small Cells, Jayhawkers were utterly ruthless. They robbed, pillaged and killed any Pro-Slavery Supporters, often being supported themselves by local Residents and even Law Enforcement. With the advent of The American Civil War, and imposed Federal Martial Law within The Territory, Jayhawkers still operated with relative impunity. Many were “Federalized” into Volunteer Cavalry and used in The Territories against Confederate Troops.

Many infamous American Western Outlaws learned their “trade”  in Jawhawker Units, and would apply their skills to their later vocations. Despite their often unsavory tactics, Jawhawkers were (and often are still), seen as “Heroes” in Kansas, even today. 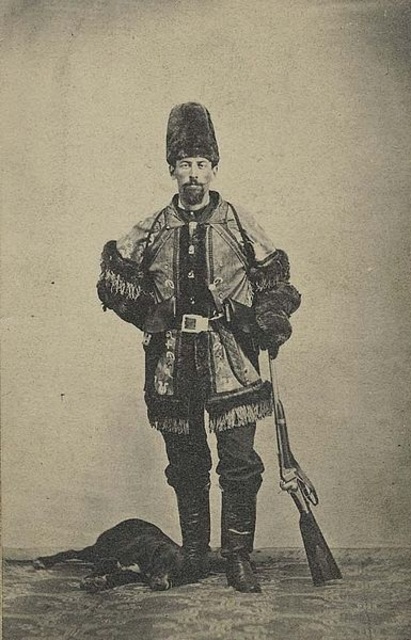