Another weapon of the 4th / 5th Centuries, The Javelin was the principle throwing or “missile weapon” of the Ancient Greek Armies. Known Regionally as The Akontia, this ranged weapon was roughly 4 to 6 feet long and made of reinforced Regional wood. The shafts were thicker than The Doru Spear. Often a leather “grip” was applied to the lower 3/4 of the shaft to aid in grip and the eventual release of the weapon. The Spearhead and it's connecting shaft were made of bronze. Examples of flattened heads with smaller fins are given as an aid to flight. A supporting shaft was attached to the Spearhead (to prevent breakage upon impact). A specialized Unit, The Javelin Thrower, was trained to throw the weapon at a pre-determined distance. When used in mass, Javelins were effective for breaking up cavalry charges. Javelin Throwers often carried 2 such weapons. This was a commonly used weapon in most Armies of The Greek City States. 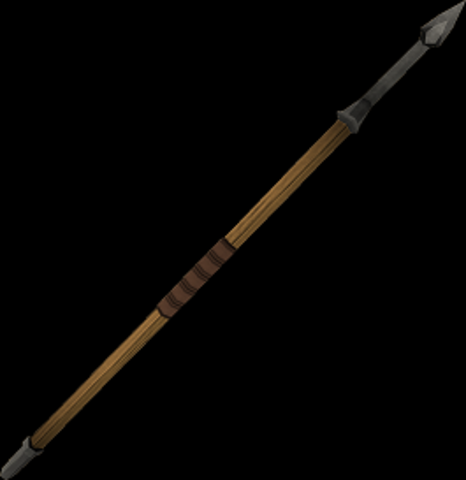