Common from The 4th Century to 16th Centuries AD – The ''Wokou'' were Japanese Pirates who operated originally from in in the waters off – The Japanese Coast. They would eventually migrate to attacks off The Eastern Coast of China in the 14th Century. The Wokou were adept in the ''False Flag'' Tactic, luring in unsuspecting Merchant Ships as ''friends'' or ''Ships in distress''. They were well known for slaughtering Crews and Passengers.

Punishment was quite unpleasant if caught by either Japanese or Chinese Authorities. Boiling in Oil was the preferred punishment for captured Pirates (making if far easier to simply die in battle or to take One's own Life prior to possible capture). So prolific, The Emperor of Japan assigned a Naval Fleet of over 100 Vessels to stem the tide of The Wokou. They were more unsuccessful than effective in this task. The primary issue was that The Wokou knew well every inlet and ''hiding place'' long The Coast. Often, Wokou would sink their Vessels and simply ''blend into'' Fishing Villages until it was deemed safe to return to their operations.

The Wokou mostly incurred a type of ''Robin Hood'' admiration from Commoners – who were often tormented by cruel Shogunates and Imperial Edicts. Many such communities hid Wokou (who often gave them a share of their fortune for their troubles). This was another example of just why The Wokou survived in their enterprises as long as they did.

Wokou activity would become so dangerous by the 14th Century, that if spurred the rapid development of more Coastal Defensive Fortifications, to be used to attack Wokou activities. Just before their eventual demise, the term ''Wokou'' would not be regulated to simply Japanese Pirates. Korean and Chinese Pirates would also be given the Title (briefly). With more and more larger and effective Warships hunting them, the smaller and faster (but vulnerable) Wokou Ships could not complete outside of smaller Raids (by this time against the very same Villages that gave them shelter). As such, with no effective means to blend in with a local populace, much of The Wokou activity would cease by the 15th Century. 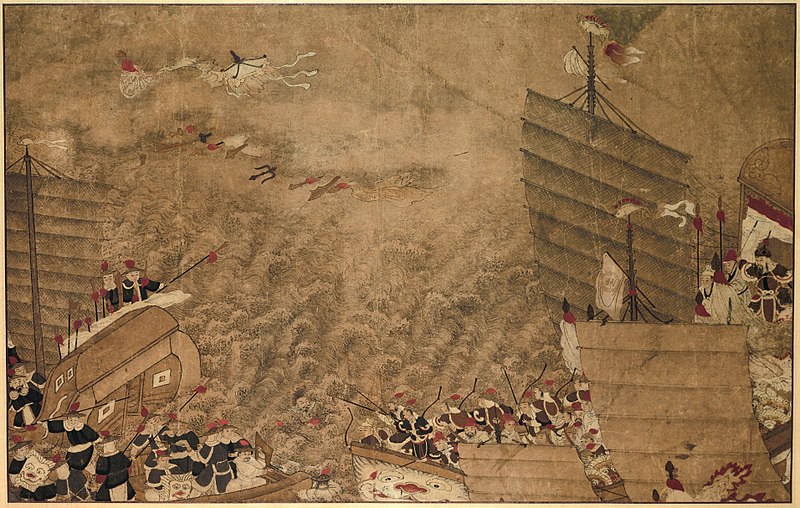