Based in part on various German Light Tanks, The Type I ''Ho-Ni'' was a standard Weapon used by The Imperial Japanese Army during their defense of Island Territories during World War II. The 76mm Type 90 Main Gun was chosen as the primary weapon for The Tank. 125 were deployed between 1942 and 1944. Crewed by (5), The “H0-Ni'' was a Diesel powered V12 and capable of speeds of 25-mph. It weighed 15-Tons and was 20-feet long and 8-feet high. The “Ho-Ni” supported up to 2-Inches of Armor Plating. Sometimes referred to by The Japanese as a “Tank Killer” due to it's 76mm Main Gun, it was not so seen by The Allies. The massive influx of M3 and M4 Light Tanks into The “Island War” proved to be to much for the small numbers produced. 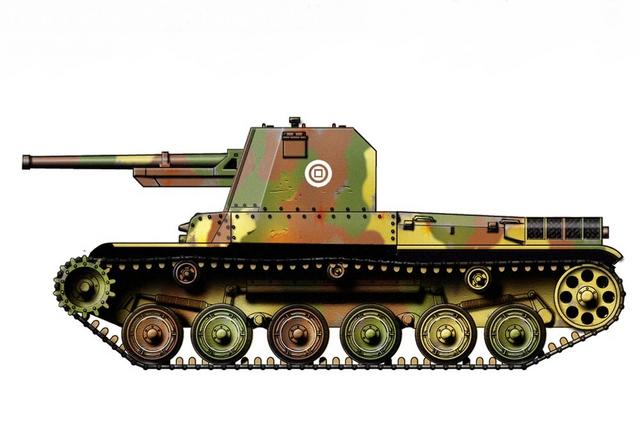