The ''Chi-Ha'' or Type 97 was an Imperial Japanese Army Medium Tank, deployed during World War II. It was one of the most widely produced and fielded Tanks by that Country during The War. Developed in 1936, The ''Chi-Ha'' saw extensive pre-WWII combat service in The Sino-Japanese War and along The Japan-Soviet Border Conflict. Although a newer version of The Tank was produced in 1942, The Type 97 still remained the predominant Armor used by The Army. The Type 87 weighed 18-tons. They were 19-feet long, 8-feet tall and 8-feet wide. They supported a Crew of (4). A Dual tracked driven Vehicle, The Type 97 was powered a a single Mitsubishi SA120000 V-12 Diesel Engine. They were capable of a land speed of 24-mph. Armor plating for The Type 97 ranged from 1 to 2-inches throughout. The ''Chi-Ha'' used several types of Main Gun, with the 57mm being the most deployed. They also supported (2) 7mm Machine Guns (one for The Command Cuppola and the other interior mounted, forward facing). Over 1,800 Type 97 were estimated to have been produced. 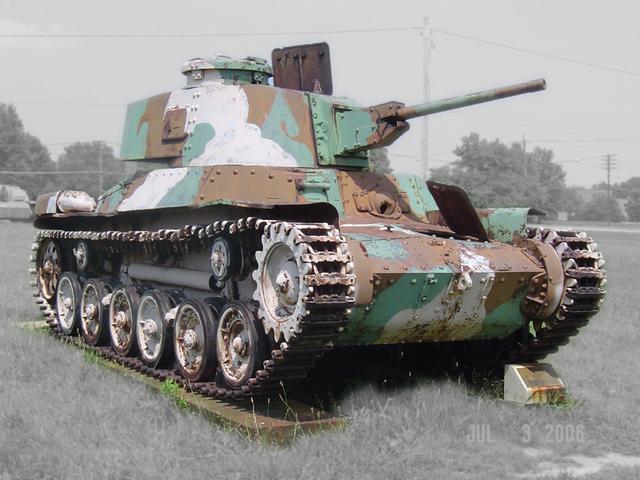