Manufactured in England as The Vickers-Crossley in 1923, The Japanese Variant known as The Type 2587 ''Dowa'' featured .04-Inches of Armor Plating. Crewed by 4 to 5 Soldiers, The “Dowa” was a standard 4-cylinder Gasoline Engine, capable of roughly 45-mph. The Armored Car was a 2x2 rear traction, (4) pneumatic, vulcanized Tires. They were 16-feet in length and height. (12) such “Dowa” Models were deployed in The Sino-Japanese War of the 1930s. The “Dowa” supported (2) 7.7mm Machine Guns (comparable to The .303 Caliber Browning Machine Gun). Completely enclosed, these Guns were fitted into a fully rotating Gun Turret. The “Dowa” was used primarily as a “Command” Support Armored Vehicle which was in service up until 1942. 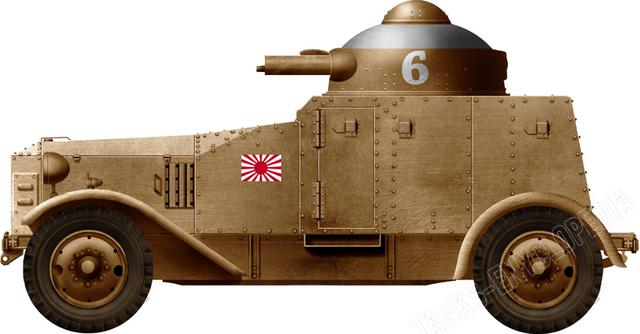