The ''Hamada'' was a short production Automatic Pistol used by The Imperial Japanese Military during World War II. The bulk of those produced were used in China, during it's Occupation. Over 5,000 were manufactured with production ceasing in 1944. The Hamada weighed slightly over 1-lb. And had a 9-round capacity (clip fed). A gas-operated, blowback handgun, the overall design was copied from The US Browning Model 1903. The maximum effective range of The Type 1 was 200-yards. 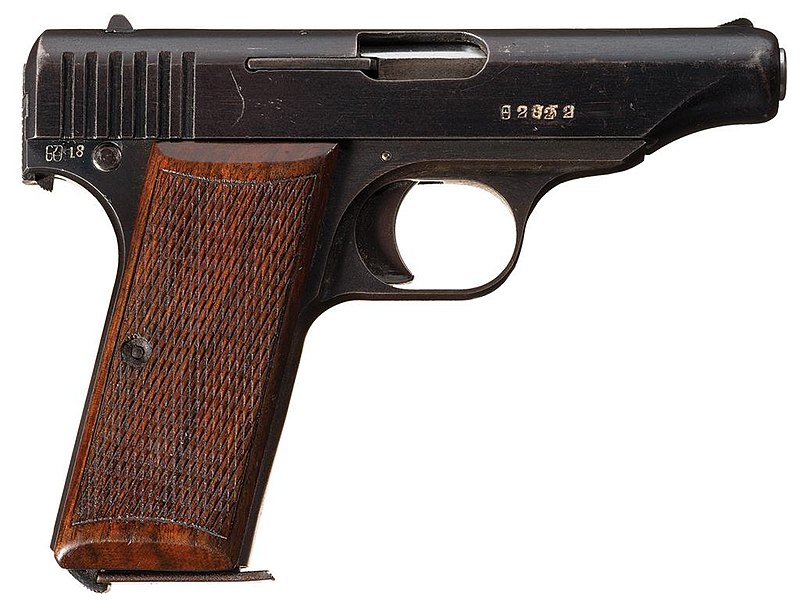