First produced in 1942 for the Imperial Japanese Army, The Type 1  47mm Anti-Tank Gun was a lightweight Anti-Tank Weapon that was deployed to Japanese Territorial Islands for defense. Weighing just under 1-ton, the 8-foot, 47mm barrel was capable of firing a high-explosive armor piercing shell 7,500 yards. The weapon could penetrate up to 3-inches of armor. Able to be deployed by small vehicles, The 47mm Gun was crewed by 4 men. A trained crew could deploy 3-rounds per minutes. Over 2,300 such Guns were produced until The War's end in 1945. 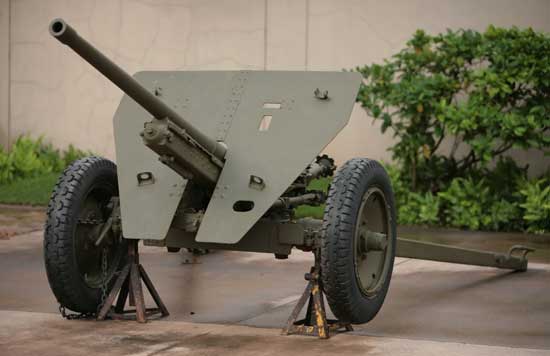