The term ''Shoen'' refers to the development of lands or Manors in Feudal Japan, which were not controlled by The Emperor of a Shogunate. Untaxed and free to develop their own trade and commerce, The Shoen was an early form of ''Middle Class'' beginning in the 11th Century AD. The Shoen developed from lands gifted to Shinto Priests (Buddhist), who – as they grew, were sold off to those who could afford them. While some were sold to various Shoguns, most of these Warrior Leaders were too busy with internal Wars among each other to expand their general wealth.

The Shoen became important to The Shoguns. They could curry favor by supplying Troops for protection (when needed). As such, The Shoen would become Allied to certain Shogunates – thus increasing their Military power against rival Leaders (and even The Emperor). In time, many of these ''Protection Troops'' would go on to form Shoen Forces, separate from any control save The Shoen. In time, their power and properties were seen as a potential threat to those surviving Shoguns and Imperial Authority, most were either taken over in battle or outright stolen (property), citing Treason as the primary conviction. By the 15th Century AD, most ''traditional'' Shoen Provinces had been eradicated. They would return in a greatly different format as ''Community Prefectures'' in the 19th Century AD. 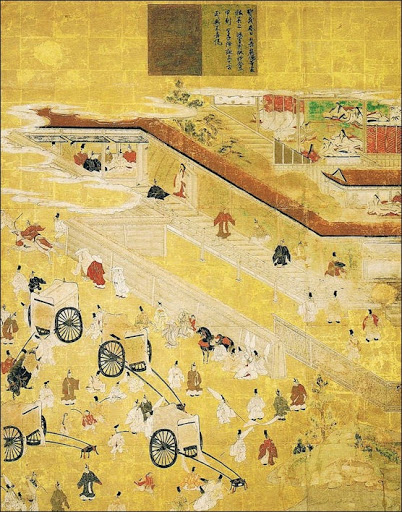