Akin to Nazi Germany's "Amerika" Bomber, the late 1944 Imperial Japanese Program called "Z", was to build intercontinental Bombers capable of reaching the Continental United States. These massive Bombers would have a range of 6,000-miles. Classified as "Shi 13 Attack Bomber", they would have been 237-feet long with a wingspan of 144-feet. Propelled by 4 engines, they could have achieved 300-mph and an operational ceiling of 38,000 feet. "Z" Bombers would be able to carry (23) 1,000-pound bombs. They could have been able to devastate a City like San Diego, Los Angeles or Portland. However, Japanese War material effort was severely crippled by 1944, will all plans for a prototype being scrapped. 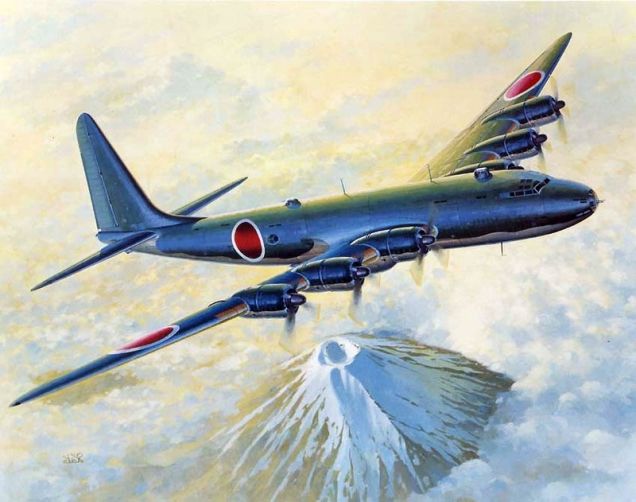