Although developed and designed by The British Army for use in World War I, The Mark A Light Tank (nicknamed “Whippet'' meaning any Light Tank or Armor Vehicle), was also sold to Imperial Japan as one of it;s primary Battle Tanks in World War I. Although The Japanese did not outwardly participate in The War, they did have intentions (later) on China. The Mark A saw limited action in several engagements in China. Weighing 14-Tons, The Mark A was a Dual Tracked Vehicle that was 20-feet in length. They were 9-feet in height and supported 3 Crewmen. The Mark A had 1.5-Inches of Plating throughout her Chassis. They could achieve 6-mph on open terrain. Various Main Guns were used by both The Japanese and British, with 2-Pound Guns being the most popular. A .303 Cal. Hotchkiss Machine Gun was used as additional Infantry support. (200) were sold to Imperial Japan, who used them well into the early 1930s. 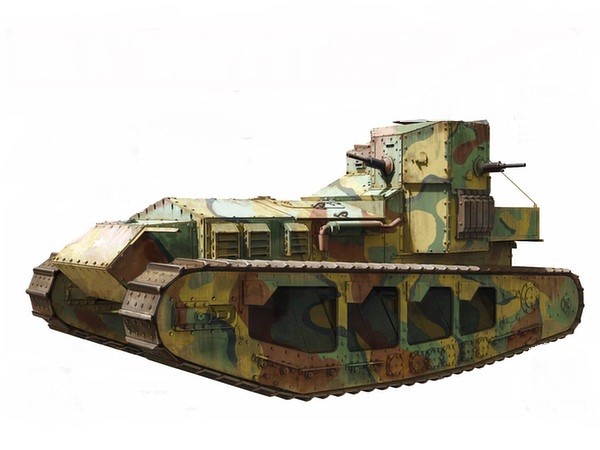