Worn by both lesser and Elite troops alike, the short leather Kutsu Boot provided basic protection to the foot. Made of layers of thick leather, some versions were made for winter (to feature wool lining), to softer animal skin (for summer). No doubt “borrowed” from China, these types of footgear would not have made it into the “inventory” of poor farmer “melee” soldiers. More often given to Royal “conscripts” and Retainers of Samurai, some Archery and Spearmen Units were known to wear The Kutsu Boot. They were also used with several Cavalry Units as well. Their design would remain relatively unchanged until “Western” influences became the norm in the 1870s. 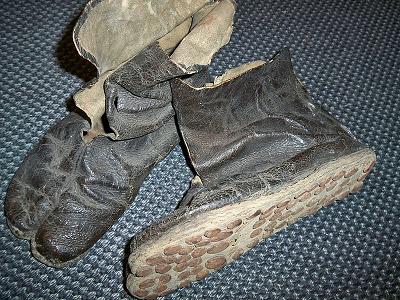