Much like The English ''Curtana'' Sword, The Japanese Kusanagi is considered one of The Three Treasures of Japan. The Sword was said to have been made by The Gods and given to a Warrior to defeat a fearsome Dragon Beast – terrorizing The Countryside. The Blade represents ''Valor and Virtue'' (two highly prized Canons of The Code of Bushido). Known as The ''Grass Cutter', The Blade is seldom exhibited. It is first mentioned during The Edo Period of the 15th Century AD, in various Imperial writings, Blade bears a strong resemblance to European Migration Swords of the 3rd Century AD. The weapon is roughly 3.5-feet long and double edged. It does present a point at the blade head. The blade is thought to be Copper-Iron alloy composition.

The Handle is a ''T''-shape Hilt without Crossbar. It is possibly made entirely of Copper. The Kusanagi Sword is also thought to be influences perhaps (if not legend), by trade with China, bearing a close resemblance to Jian Sword. The Sword was used to enthrone Japan's Emperors until the 19th Century AD. 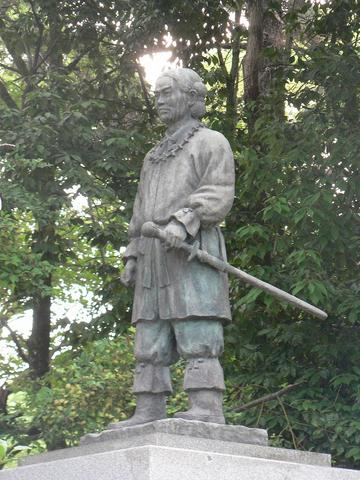