''Hell Ships'' (as a term coined by Allied Prisoners of War in Imperial Japanese custody during World War II), were in essence – floating Prisoner of War internment facilities. The use of such ships were not indicative to World War II, with previously discussed Vessel of this type in use by The British Army during The American Revolutionary War of the 18th Century. The Imperial Japanese Navy pressed former transport and cargo ships into use to transport Allied Prisoners to more permanent locations (Camps). Most often, many did not survive the cruel torture and mistreatment experienced at the hands of their captors.

The Imperial Japanese assumed that Allied Warships and Submarines would not attack such Ships. The existence of these ''Hell Ships'' were not known to The Allies until late 1944. Consequently, over 20,000 Allied Prisoners of War were accidentally killed when ''Hell Ships'' came under direct fire. As many as 75 such ''Hell Ships'' of various tonnage were pressed into use (with as many as 30 being sunk by Allied Submarines during The War). 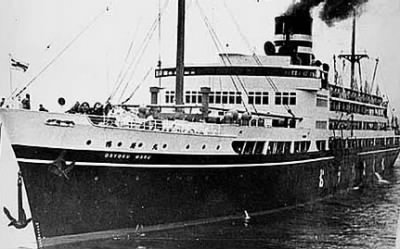