Armament for “Kongo” was (4) Twin Barreled 360mm Main Guns, (16) 152mm Guns, (4) 76mm AA Guns and the ability to launch (4) 21-Inch Torpedoes. Her armor plating ranged from 1 to 10-Inches throughout. “Kongo” Crewed nearly 2,000 Men. “Kongo” fought in support of The Japanese held Islands throughout The South Pacific and fought at the epic disaster of The Battle of Leyte Gulf (1944), which decimated The Japanese Navy. She was the only survivor of her Class to survive until she was sunk (crippled) by an American Submarine in 1945. Raised from her mooring, she was scrapped for her Metal. 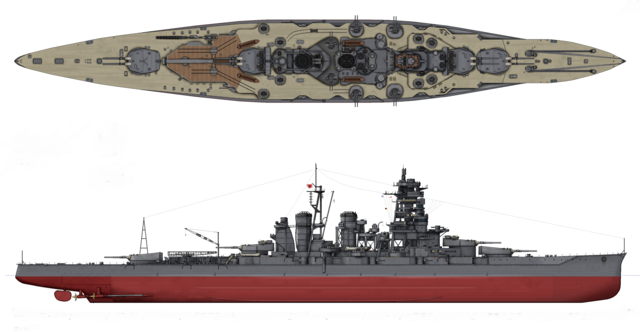