Possibly born in England around the 1670s – James “Kelly” Gilliham earned his “flag” as a Pirate off The Coast of West Africa – preying off The Slave Trade. Serving with various other famous Pirate Captains, Kelly (he preferred to use his Middle name), moved into The Caribbean (making a name for himself in The West Indies). His ship The “Bachelor's Delight”, ran afoul of a Turkish Warship (1699). Many of the crew were killed. Those that lived were forced to accept Islam (or die). Kelly eventually escaped and made his way to India. Recruiting another ship and crew, Kelly went back to raiding English commerce. Getting into a sea battle with HMS “Advice”, Kelley and crew were captured. Taken to Newgate Prison (London), he and 21 fellow Pirates were tried and found guilty of Piracy in a “record” 1-day Court session. In July 0f 1700, Kelly was hung. 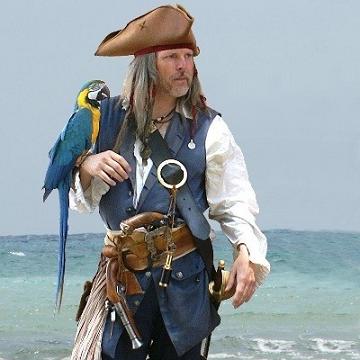