A Privateer that later redeemed his reputation, Englishman James Alday was born in 1516. He grew up near The Sea and so quite naturally took to it as a Career. He started out working The Docks and later was pressed aboard a Merchant Ship. His Ship was commissioned as a Privateer by The Crown of England during The Anglo-Dutch War. He would eventually be given his own command and hunted off The Barbary Coast. It was rumored that even Nations neutral in The War were attacked. This gave Alday the reputation a ''Part Privateer and Part Private''. His Marque however was not rescinded. Alday was described as a scourge to The Spanish. He had a very high Bounty at one time issued. Alday also was said to resemble a sterotypical Pirate, complete with hooked hand (but this was lost die to an accident and not in combat).

After The War, Alday chose not to remain a Pirate. He had amassed some skill and renown as a Navigator, and volunteered to be part of The 1576 Expedition to find The Northwest Passage (North America). When The Expedition returned in 1579 without Alday – it is assumed that he perished. However, Alday's notes on Navigation proved invaluable to future North American Expeditions of the future. 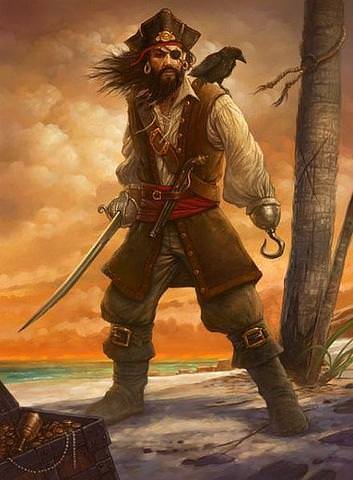