Another in the Class of Medieval ‘’Superguns’’, The Hindi Jahan Kosha is a large Caliber Artillery piece currently held in the Town of Murshidabad, West Bengal, India. Of possible Ottoman design, the Gun’s name ‘’Jahan Kosha’’ means ‘’Destroyer of Worlds’’. It is speculated at cast around the 1637 AD. The Gun was possibly used as a part of a Town defense system. Made of iron, the barrel of The Kosha is 17-feet long with a diameter of 6-inches. The width is close to 5-feet in diameter. Although a relatively ‘’small’’ bore diameter (possible 16 to 24-pound Shot of either Stone or Metal Ball Shot), it is estimated that ‘’Kosha’’ had a range of 4,000-yards. She weighs close to 7-tons.

Although originally mounted on a wooden gun carriage, The ‘’Kosha’’ was left stationary for many years. As such (unattended), nearby trees literally grew into it – long destroying the carriage. As a consequence, the trees began to ‘’cradle’’ the barrel into a natural gun carriage. It remained as such (more of a tourist attraction)  for many centuries. In the 20th Century, The ‘’Kosha’’ was cut ‘’free’’ of it’s natural cradle and restored – being mounted on a display track, today. 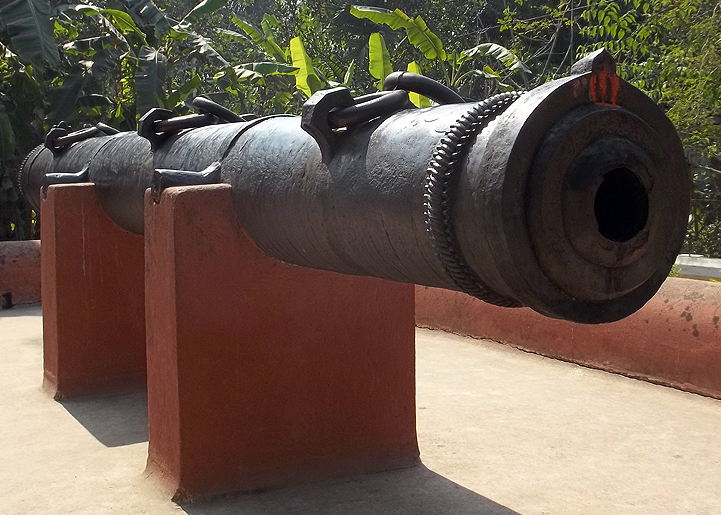