The ''Jacquerie'' were the peasant class of 14th Century France and it's surrounding Provinces. The term was considered derisive and is thought to have been developed by French Noblemen. Research also points to contemporary writer Jean Froissart (himself an Aristocrat). While chronicling the series of Peasant Revolts in France (later), Froissart identified their Leader – one Jacque Bonhomme. Hence The ''Jacquerie'' are an extension of ''Jacque''. Looked down upon, many of the Peasantry were subject to cruel taxation from not only The Monarchy, but were forced into indentured servitude (and worse) – by Nobility. In addition, local Armies failed to protect many of the smaller villages and towns that fell under control of invading English Forces during The Hundred Years War. Centuries of such injustices boiled to a point in a series of previously discussed and very bloody revolts, known as The Jacquerie Uprisings of 1358 AD.

Much as with The Uprising, any Noble or Noblewoman was prey, often robbed of their fortunes and tortured. While The French King did send Forces to quell The Jacquerie, this was often difficult. By late 1358 however, many of The French Nobility had recruited their own ''Armies'' (Mercenaries). Such actions reach a final point at The Battle of Mello. Of the surviving 800 or so Jacquerie ''Militia'', most were killed or later executed. The Jacquerie served to do something that had thus never experienced...fear instilled into The Aristocracy. Such division, while it changed (somewhat) the way Nobility ''dealt'' with The French Peasantry, it caused the former ''Jacquerie'' to ferment what would in several Centuries turn into The French Revolution of the 18th Century. 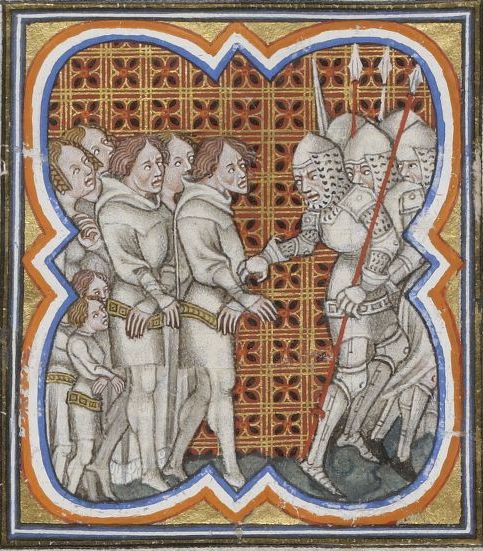