Very little is known of French Pirate Captain Sores. It is known that he left French waters around 1553 for The Caribbean. He operated off Cuba and South America. Specializing in “targeting” Spanish shipping, it was thought that Captain Sores may have been working as a Privateer (legal Pirate). He did conduct a large scale raid on The Port of Havana in 1555 (using a self-formed Pirate Fleet). He also effectively destroyed the Port Fortress of La Fuerza Vieja (although how is unclear). Apparently, Captain Sore was extremely “anti-Catholic”, which by some documents – he stated he destroyed Havana as “an affront to The Pope”. Captain Sores also was known to murder some 40 Jesuit Missionary Priests found on The Canary Islands in 1570. His exact fate and death is unknown (although it has been speculated The Spanish finally killed and sunk him somewhere off South America). 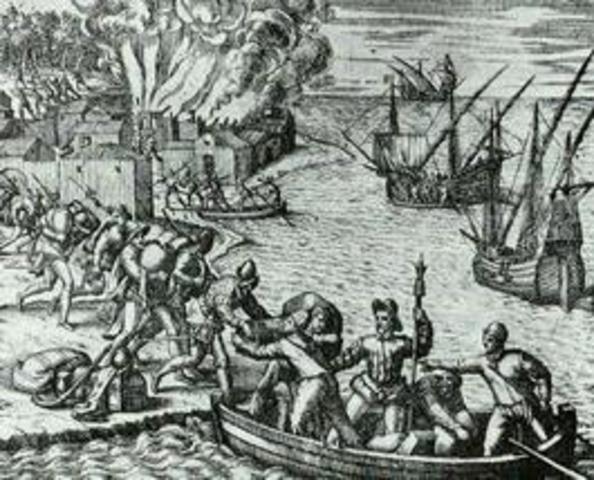