Raised in 1745, The ''Manchester Regiment'' (formerly The Duke of Perth's Regiment), supported Prince Charles Stuart in His bid to Claim The Throne of England (The Jacobite Wars). The series of Conflicts ran from 1688 until the 1780s (although active combat ended in 1745). Both political and religious in context, over 14,000 effectives were raised in support of Prince Charles. The Manchester Regiment was one of them.

While most armed supporters were of Scottish origins, The Manchesters were one of the few all English. Stuart Supporters. They were mustered from in and around The City of Manchester, England – then one of The Countries most populated and economically supportive Cities. The vast majority of the populace supported Prince Charles succession, and wished to support him. However, only 300 Soldiers volunteered. They changed their name to The Manchester Regiment to ''appease The City''.

The Regiment also, unlike traditional Jacobite Forces, emulated the typical Military Uniform of The day (Long Frocks, Tricorner, etc). They identified their loyalty to Charles with a Tartan Sash (Baldric), worn over their chest. The Regiment marched to Carlisle, England and supported a Company of Scots (The ''Glenbuckets'') – in their taking of and garrisoning, Carlisle Castle. The Fortification came under siege from December 21st to the 30th, when a Royalist Force of 5,100 attacked. 80 Naval cannon were brought to bear against The Jacobites. In the end, they surrendered.

However, The Royalist Forces Commander refused to acknowledge The Jacobites as ''Combatants'' (rather that Rebels to The Crown). As such they were afforded no military dictums, save a ''fair trial''. Consequently, 115 of The Manchesters were tried for treason and executed in 1746, ''en masse''. 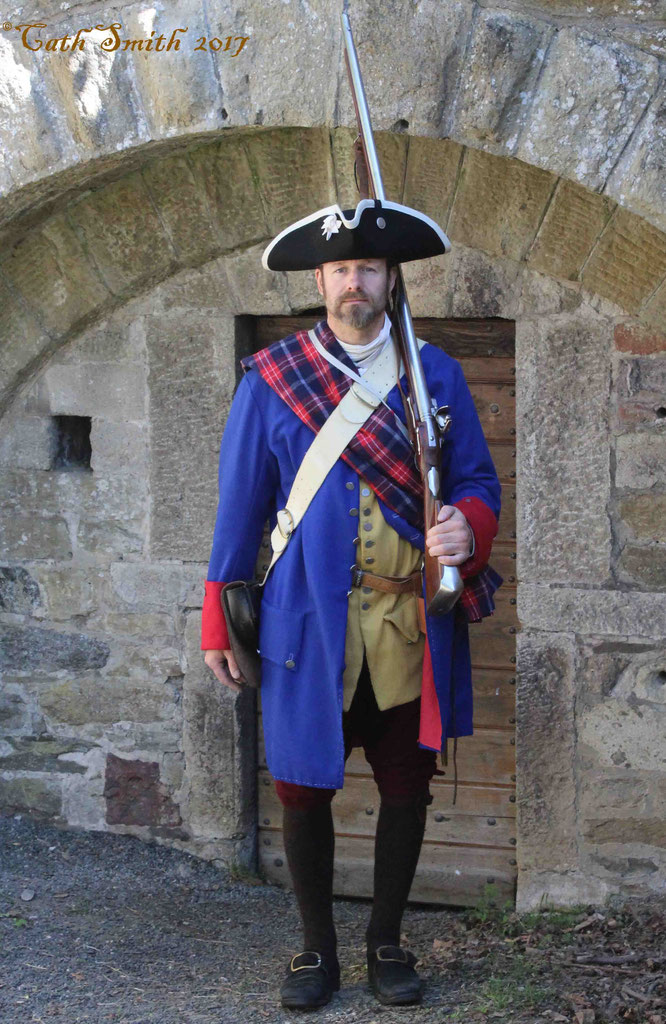