Developed for use by The Italian Army in World War I, The Obice was a large Siege Howitzer used along the so called ''Italian Front'' from 1914 to 1917. Over 40 were produced for The War effort. The Obice was among the first to use a spring recoil system which helped in recoil stability. Initial designs began in 1908. The Obice weighed 33-tons and had a barrel length of 6-feet. Crewed by (10), The Howitzer had a maximum effective range of 11-miles, using a variety of shell types. Towards the end of World War I, several Mobile Types were experimented with. These were never fully exploited design wise, due to the need for an effective tracked vehicle to support The Gun. The effective Obice was a longed lived weapon in Italy, with several Models still in Reserve Military use until 1959. 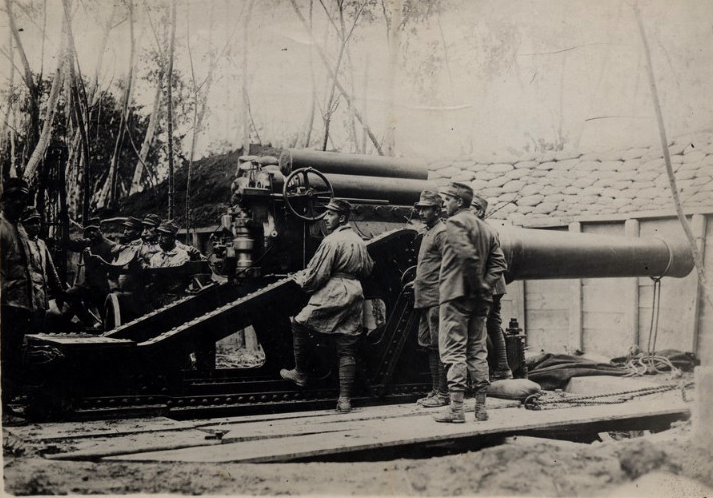