The Italian Battleship ''Roma'' was a ''Littorio''-Class Warship, built for The Royal Italian Navy in 1938. She was launched in 1940. Although Italy was under ''Fascist'' Control (Benito Mussolini) – an exiled Royal Government continued to remain (as did a very small Royal Navy). They were tacit supporters of The Allies. While a small Italian Fleet was off of The Island of Malta (1943), ''Roma'' was targeted by several German Dornier 217 Bombers, fatally hit, ''Roma'' was sunk. Over 1,300 Officers and Men went down with Her (including The Fleet Admiral). 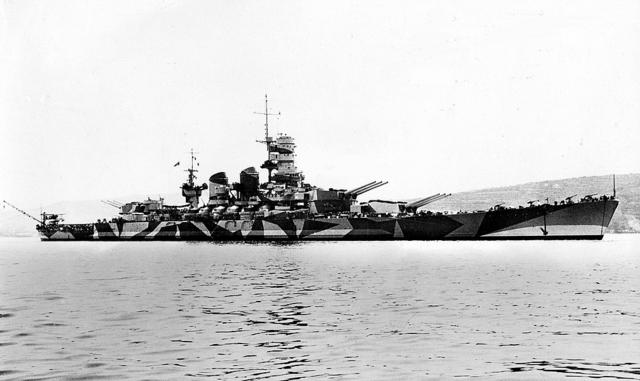