Developed in 1959 for The Israeli Air Force, The ''Python'' (also known as The ''Shafrir''), was an Air To Air Missile System, used on most of it's Fighter Aircraft. Highly reliable, variations of The ''Python” are still in use by not only Israel, but other Air Force's around The World. The ''Python'' was ideal for The French purchased “Mirage'' Class Fighter Jets. Prior to this, no Missile Systems were used in The Israeli Air Force (forced to engage with Wing Guns or Nose Cannon). 5-feet long, The ''Python'' carried a 30-pound explosive charge suitable for destroying Enemy Aircraft. Originally a “Line of Sight'' or ''Snap'' Launched Missile, later Radar Targeting was used for more accurate engagement. The ''Python'' Missile is credited with 89 “kills'' during The Yom Kippur War of 1973. Similar to The US AIM-9 ''Sidewinder'' there are 6-variations of The ''Python''. One version is a ''Low Yield'' Nuclear Device capable of a 1-Kiloton Yield (used mostly for engaging Enemy Warships). 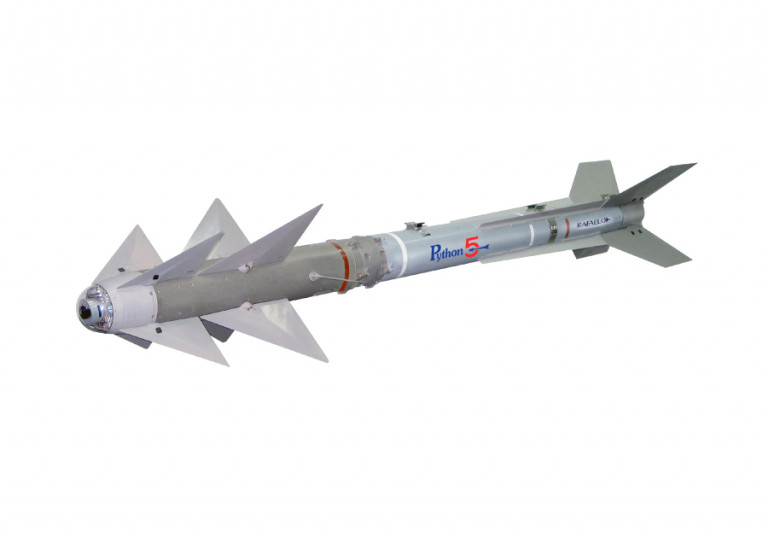