Also known as The ''Griffon Vulture'', The Israeli IAI ''Nesher'' was a late Cold War Fighter entry, first deployed in 1972. Over 60 were produced. The primary design was based off The French ''Mirage'' Fighter. After The Israeli Air Force suffered huge losses in The Six-Day War of 1967, The Israeli Government wanted a more robust and long lasting Fighter developed. The ''Nesher'' was the best choice. (4) variants were developed, with several ''Nesher'' Fighters being exported to The Argentine Air Force (for use in the 1982 Falkland Island War). The Fighter could serve mot only in air to air operations, but ground support and air reconnaissance roles as well. While Israel decommissioned The ''Nesher'' in 1977, The Argentine air Force maintained theirs until 2015.

The ''Nesher'' was piloted by (1). It was powered by a single SNECMA Atar 9C Turbo Jet (afterburning) Engine, capable of producing an IBF Thrust of 13,900. It's airspeed was rated at Mach 2.1. They could range 800-miles with an operational ceiling of 58,000-feet. A robust weapons package included (4) 20mm wing mounted Cannon, (4) AIM ''Sidewinder'' Rockets and the ability to support over 4,000-pounds of Ordnance. 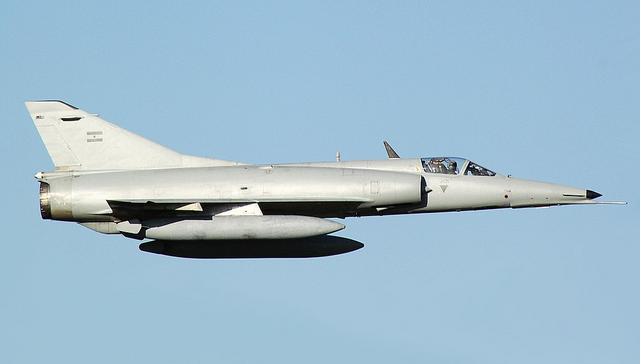