Seen around the 13th Century until the 16th Century, The Gallowglass were elite Irish Warriors who were descended of Norse and Scottish invaders who had settled into parts of Ireland. The Gallowglass were Mercenaries, who like most Clan-based Cultures of the Region often split their loyalties. Some Clans fought with The English during The Scottish Wars of Independence – as well as against The English with Tyrone's Rebellion during The Nine Year War. Well equipped Fighters, The Gallowglass were both master of close quarters warfare and excellent trackers/scouts. These factors often plagued English Forces who had to moved through The Highlands (and were often ambushed). The Gallowglass were often chosen by Highland Lords as their personal bodyguards – especially when Clans were at feud with one another. Once paid (and maintained) – a Gallowglass seldom ''turned against'' his ''Master''. Many Gallowglass would also serve in Mercenary Armies raised by The Swiss and Dutch Kingdoms, fighting in The Thirty Year War. 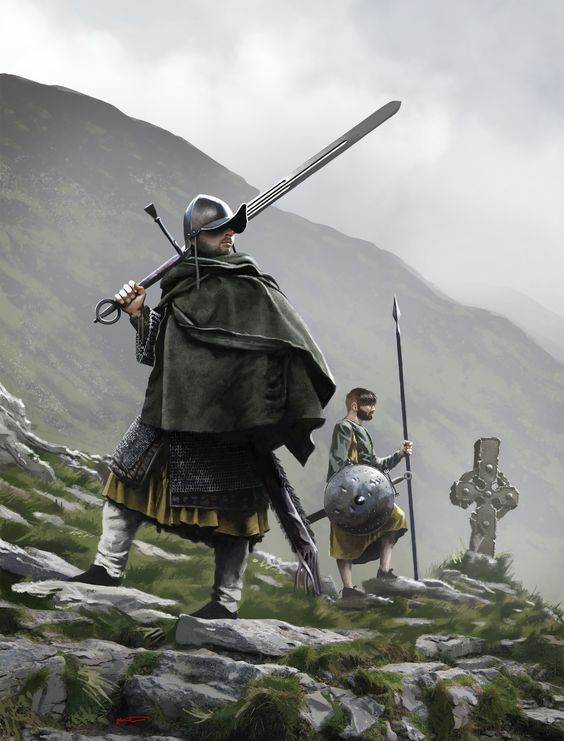