This was sometimes a very complicated process. The goal of any King was to leave his Kingdom in the possession of his “first born” Son. Often, a King would have several male children (or more). These legitimate claimants were called “Heirs”. The process of “claiming a Throne”, normally went to the Oldest Son (with subsequent “claimants”, falling in by order of birth). The terms for “claimant” in Royalty are as follows:

In terms of a female, the often incorrect tern used is Heiress. This term did not exist in the Medieval Era (with regards to Succession). It was later used by Nobility to identify a woman who would inherit title, money of property (n the event of her Father's (or any older Brothers death). As one can no doubt imagine, major Civil Wars and assassinations were born out of “bad blood” between brothers of Royalty (with everyone wishing to be a King). As time went on, more specific and detailed Laws regarding how “descendants” inherited (extending to their children – and so on). 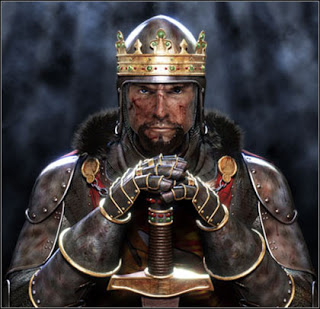