While the often brightly painted Historiated Initial was an integral component of The Art Form of The Illuminated Manuscript, so too was the similarly developed style (9th thru 15th Centuries AD), known as The Inhabited Initial. As we have seen, Historiated Initial often contained figures or scenes that were part of the ''written manuscript''. In the case of The Inhabited Initial, such figures or scenes did not. These were often simply a type of decorative imagery.

Animals (often mythical) were a common type of Inhabited Initial subject used. Figures (Human) used may be actual, purposed or even imaginary ones. These were often greatly detailed ''mini paintings''.

In Biblical works, animals were not used, but rather Religious Saints (portraits) – normally those who were martyred. Although examples less intricate were devised with The Printing Press, the detail needed was seen as excessive and too costly (and time consuming) to duplicate. The style (while revived several times through the Centuries), was not seen much past the16th Century AD. 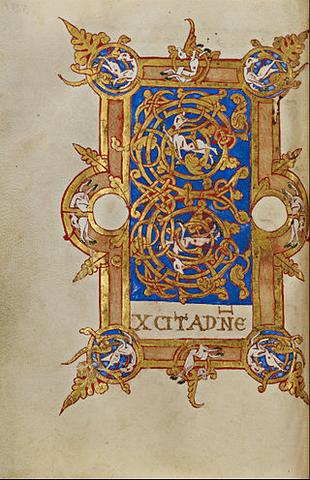