The ''Prahaar'' was seen to be the primary battlefield tactical Nuclear Missile – to be fielded by The Indian Army in the 21st Century. Capable of Mobile and stabilized multi-platformed deployment, The ''Prahaar'' was first tested in 2011. The main snag to development of The ''Prahaar'' was it's 100-mile maximum effective range (Military sources needed 200). As such, the basic design was altered to various newer variations of Prahaar. The ''Prahaar'' weighs 2,180-lbs. and is a solid-fueled device. Measuring 24-feet in length with a 2-foot diameter, The Missile can travel at 1,100-mph. In addition to being a tactical Nuclear Device, variations can also be deployed with conventional munitions. Several Foreign Nations have purchased The ''Prahaar'' for usage in their Military. 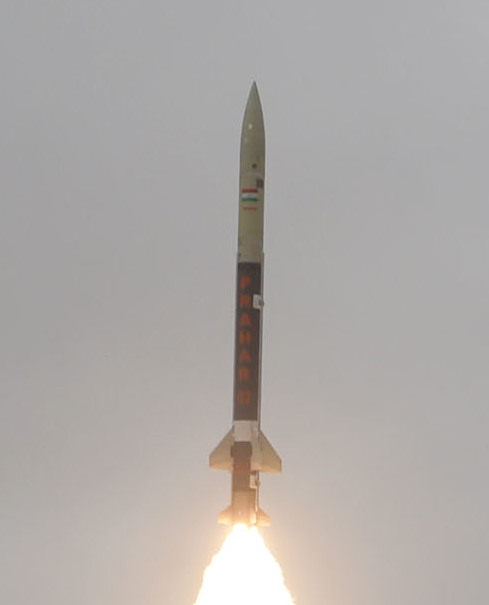