The term ''Indian Home Guard'' applied to a Military Formation of Native-American Troops created from The Five Civilized Nation Confederacy. These were The Cherokee, Chickasaw, Choctaw, Creek and Seminole. These Forces, while not exactly on ''friendly'' terms with The Federal Government – saw the need to help defend it from The Confederacy during The American Civil War (1861-1865). This move was predicated on the violation of treaties signed with The Southern States as non-beligerents. Despite this, Confederate Forces invades much of The Five Nation Territories (many being Southern States or in The Midwest). As such, The Five Nations ''threw in'' with The Union Army (more out of self-survival than political ideology).

Most Companies raised were in 1862. The (4) Regiments of Infantry numbered roughly 1,200 Men. The Forces were used mostly as Home Guard (Defensive) Units, and based out of Kansas Territory. They were not entirely popular with ''White Citizens'', even though they were commanded by ''White'' Officers, and were dressed, trained and equipped as Regular Union Militia. Some Units would even desert and join The Confederacy (especially when The Union Army was doing ''poorly'' in battle).

By and large The Indian Home Guard were somewhat effective in their role as a physical presence. This allowed for traditional state Guard Units to be deployed with The Union army of The East. After 1865, all Units were disbanded. Sadly, no considerations were given to these Units for their services rendered. 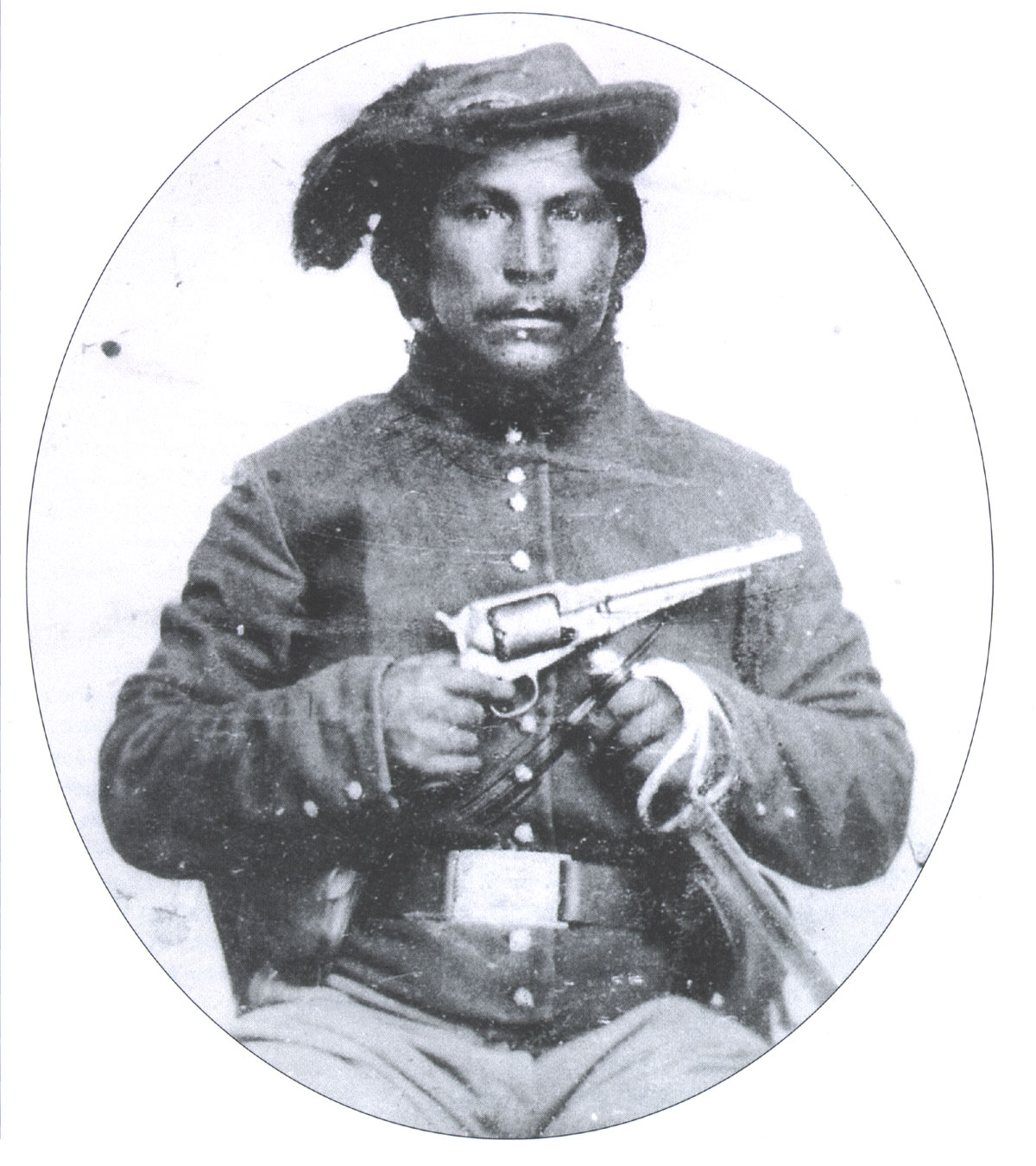