Seen in use as early as the 4th Century AD, the Title of Imperial Vicar was often occupied by two Princes in high esteem with the enthroned Holy Roman Emperor. They assisted with the rule of the massive Empire, and had had the authority of The Emperor in all things – save declaring War. In addition to their civic duties, The Imperial Vicar also administered all religious matters that were handed down from The Western Church of Rome. Vested with this authority by The Pope, they also had the “Golden” or Papal Bull (written declaration of power). For over a 100 year period in the 16th to 17th Century, several conflicts arose over various Princes wishing to retain sole Imperial Vicarage power. Resolved by Rome, the Title would exist until the last Emperor (Francis II) in 1806. 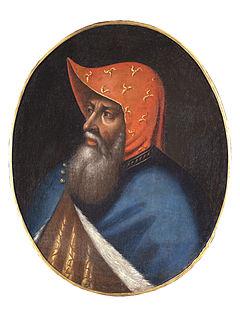