The Flag of The Imperial Japanese Heir Apparent (also known as a Koutaisi or ''Son'' Flag) has been used to denote such since 1926. It, as with the other Japanese Colors were not ordered modified or disbanded after the end of World War II (1945) and Japan's Surrender. As The Heir Apparent and Regent to The Emperor (as it is assumed it is He that will assume the role upon The Emperor's death), His Personal Flag (Standard) is similar to The Emperor, in that it is a Red Field in entirety. Centered in Gold, is The Emperor's official Symbol – The 16 Petal Chrysanthemum (as it has been since the 12th Century AD). The primary difference is that a White Orle (Square Border) surrounds The Flower. 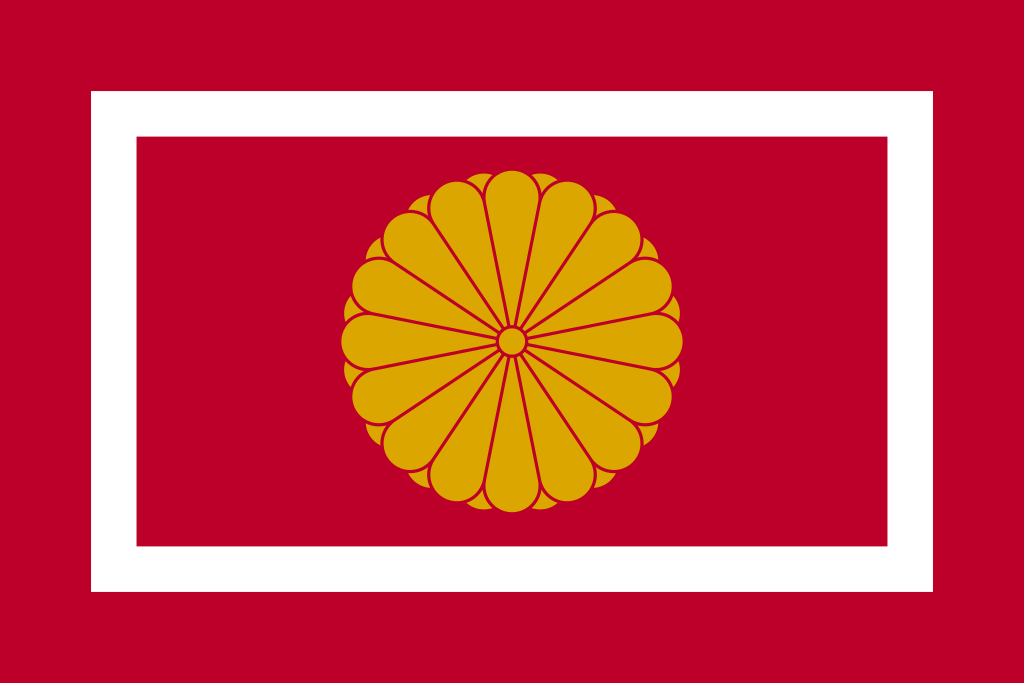