Of Indo-European origins, The Illyrians were a Tribe of Peoples located North of Greece. They existed in The Region since The Bronze Age. They were known to continue until the 7th Century AD (as mentioned by The Byzantines). Illyrian Colonies reach as far as Italy in the 5th Century BC. Warfare with The Greeks found them adopting several War material patterns, one of which they called The “Illyrian” Helmet. Made of hammered Bronze, The Helmet covered the head completely, but left the Nape exposed. This allowed for full movement of the Wearer  (especially when craning one’s Neck upward. No Crown or Peak was incorporated into it’s design, although the attachment of feathering may have been used on occasion to identify a specific Unit. The Greeks adapted the typical side flanks of The Corinthian Helmet, with these being placed more rearward (although they still protected a portion of the face). 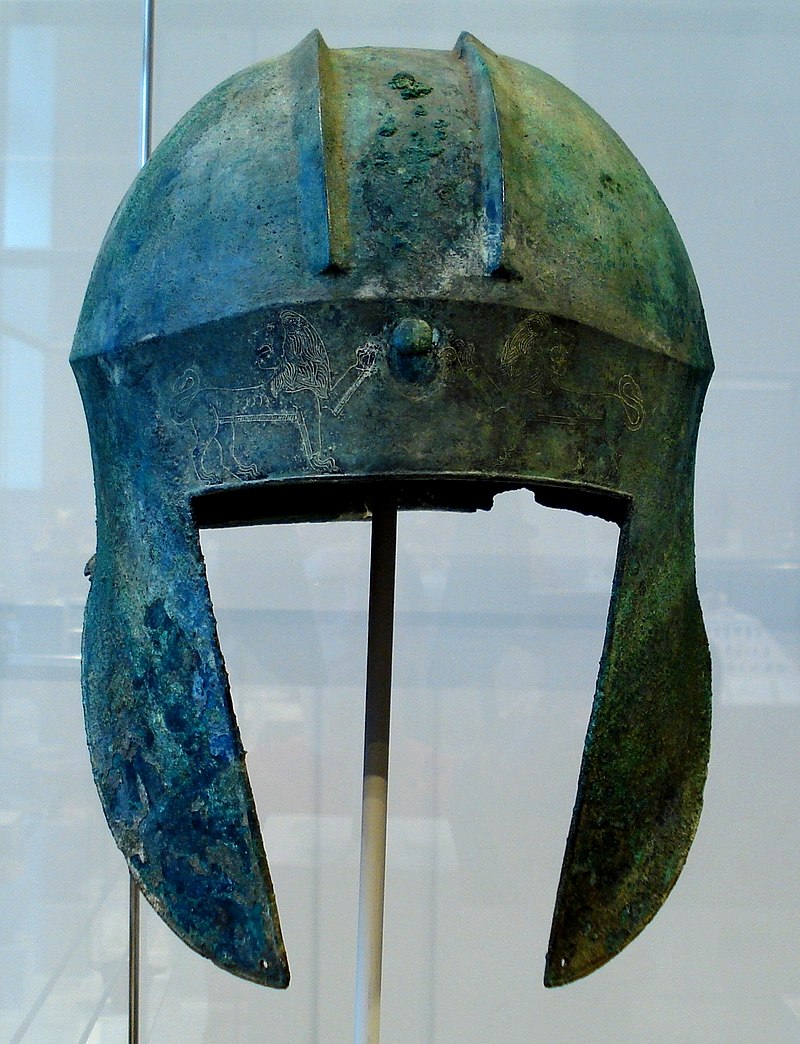