The term ''Hurricane'' Bombardment was a tactic used during World War I. I involved the simultaneous and constant use of Artillery (Cannon and Howitzers) against an Enemy position. The consistent barrage created massive airflow and debris which reminded some of the weather condition identified as a Hurricane (quick and destructive). Mostly developed for use against Trench Position and the still used mass Infantry Assault, the Tactic would still be used well into the 1950s and is still taught as a basic premise for Artillerists in many World Armies. 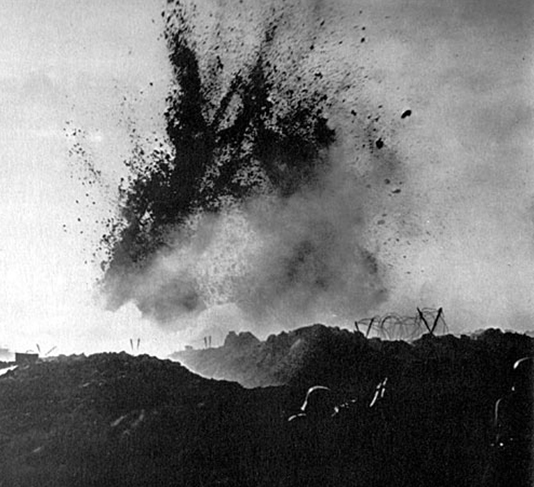